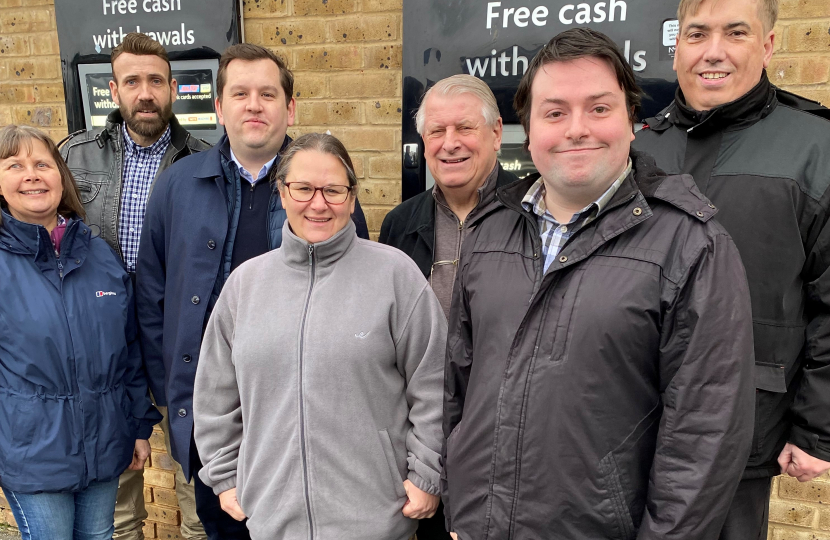 Louie was pleased to meet with Conservative Councillors and candidates from East Wickham and Falconwood & Welling to launch a new campaign to secure indoor cash machines in Welling Town Centre.

The local campaign, which was launched following local resident feedback, is being led by Cllrs Steven Hall, Caroline Newton, Christine Catterall (East Wickham Ward) and Cllr Nigel Betts, Frazer Brooks and Andy Curtois (Falconwood & Welling Ward). The aim is to improve safety for all local residents when withdrawing cash in Welling Town Centre, which remains a popular shopping area due to its excellent local businesses.

At the meeting Louie was made aware of concerns that have been raised with both local Councillors and police teams, particularly from our more elderly residents that have been victims of crime.

Louie agreed that he will work with the local Councillors and businesses to deliver new indoor services that will benefit all local residents.

Louie French has launched his petition to stop the Mayor of London’s plans to expand the Ultra Low Emission Zone (ULEZ) to Old Bexley and Sidcup and all of Greater London from next year.